By SiegfriedAugust 4, 2019Simon's facts about

On one of my last flights as a passenger, from Portugal to Germany, I experienced a situation I normally see from a different perspective.
The aircraft was parked on a remote position therefore, we had to take the bus to our aircraft. When we arrived we could see the aircraft maintenance personal just preparing a wheel change on the main landing gear.
So what went wrong? Why did the airline started boarding when the aircraft wasn’t airworthy?

Nowadays, the aircraft turnaround time (time required to unload an airplane after its arrival at its parking position and to prepare it for departure again) is calculated with only 20-90 minutes depending on the aircraft type.
When all passengers have disembarked from the aircraft the pilot starts performing his walk around to check the aircraft for any damage, leaks and wear. If the pilot detects cuts by foreign object damage in the tire or the wear seems to be below the wear limit, the pilot will contact the aircraft maintenance staff. The aircraft engineer will inspect the tire according to the cut depth and length limits in reference to the aircraft maintenance manual or the more restrictive limits in the airlines maintenance data. During this process the clock ticks continuously. And if the aircraft engineer confirms that the wheel needs to be replaced, because of a damage or wear, this takes time to prepare everything. On a daily basis everyone is trying to get the plane off blocks on time, but safety comes first.

Meanwhile a lot of airlines use the automatic boarding procedure. Meaning the passengers are called up for boarding automatically X minutes prior to the scheduled off block time.
And if the flight crew does not inform the ground staff in good time that the boarding has to be stopped, the boarding will start automatically.

The replacement of the wheel is similar to the replacement of a formula 1 racing car wheel. Not just as fast, but the principle is similar. Because the main wheel is installed on a wheel axle and tightened by a single axle nut. The aircraft needs to be jacked before replacing the wheel assembly. Loading of passengers, cargo and refueling should be stopped before jacking, to make sure that the aircraft does not fall off the jack. This could damage the lower end of the landing gear and can lead to a landing gear replacement in the worst case.

When the aircraft is lifted, the engineer will deflate the nitrogen filled tire for safety reason (pressure of approx. 200psi / 14bar), will remove the brake fan, if installed depending on the aircraft and type, which can cool down the hot brakes. After that the engineer will loose the axle nut. When the axle nut is removed, the wheel assembly can be moved from the axle. 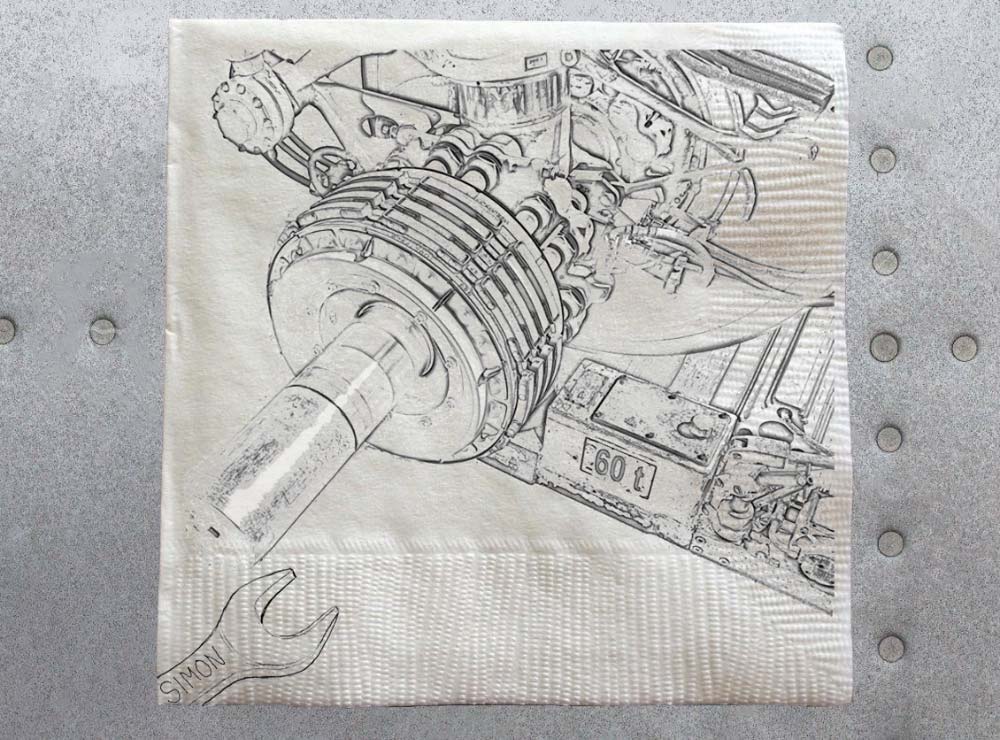 Now the carbon brake and the axle protection can be inspected for damage. If the parts are in a so called serviceable condition, the new main wheel can be installed in the reverse sequence.
When the aircraft is down and the weight is on wheels the loading can be continued and the passengers can board the plane.
But replacing the wheel is not everything the maintenance crew have to do. All work need to be recorded in a so-called aircraft technical logbook and signed off by the work performing technician.