By SiegfriedJanuary 27, 2019Simon's facts about

Some of you may have experienced a hard or rough landing. But how is a hard landing technically classified?
Let’s talk about a hard landing for the A320 family.
A hard landing is the exceedance of normal vertical acceleration limits of an aircraft during landing. The responsibility of the flight crew is to report the hard landing to the maintenance department. The technician has to analyze all landing parameters by means of checking a so-called “load report”. A load report was automatically generated during landing and is stored in a computer called FDIMU (Flight Data Interface & Monitoring Unit). The load report contains a lot of values such as last leg data for engine parameters, airplane acceleration during touch down for example and much more.
Shortly after the hard landing, the flight crew will notice a flashing “G LOAD” indication above 1.4g on the lower ECAM (Electronic Centralized Aircraft Monitoring) display for a few seconds and an automatically generated printout of the load report. 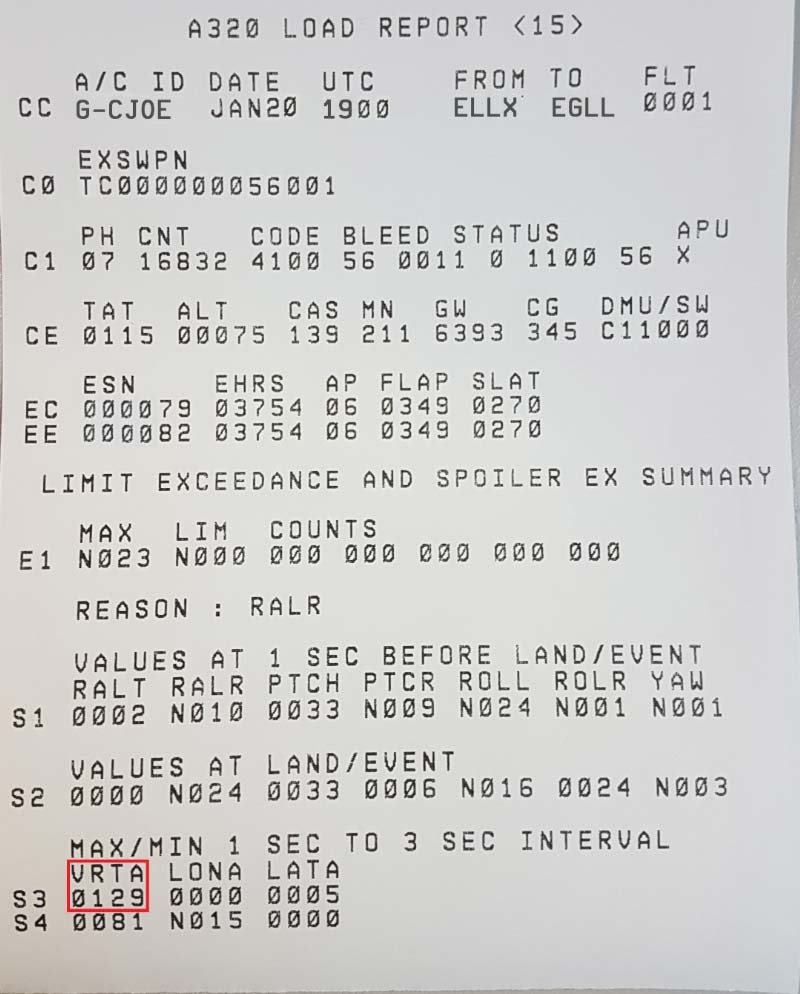 What action is necessary to release the aircraft to service again?
The landing classification is done by comparing the load report’s acceleration values and the limits for a normal, hard or severe hard landing according to the AMM (Aircraft Maintenance Manual). 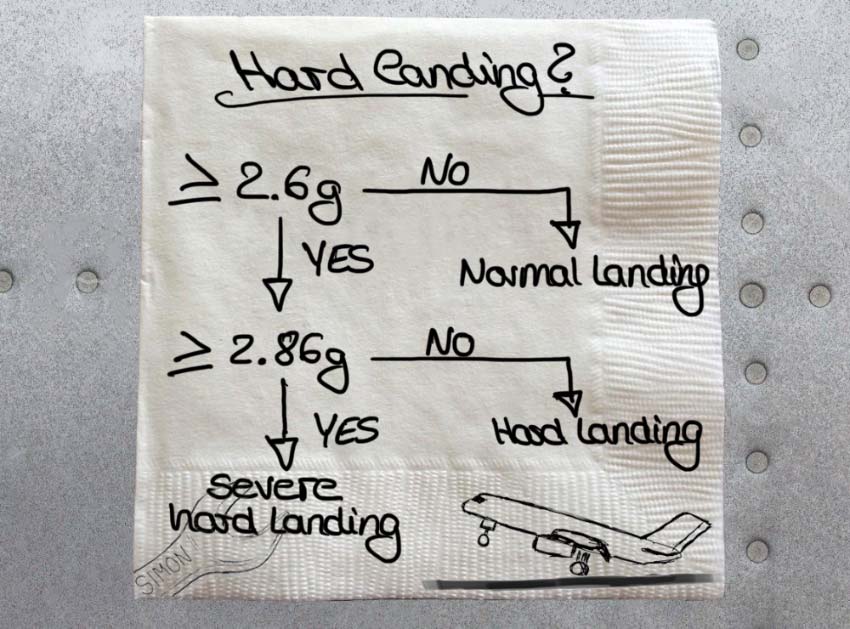 Comparing the vertical acceleration figure from Joe’s load report to the flow chart, you will see that the landing was within the limits and therefore “NORMAL”, no inspection is required.

Hard landing events and their scope of respective inspections are classified accordingly to the severity of the “hard” landing.
The technician must do the inspections for the specific category according to the AMM by a detailed visual inspection for distortion, cracks, damaged paintwork and loose fasteners e.g. of flight controls, wings, landing gear and fuselage and can lead to the removal of panels or components and assemblies to get access for checks or repairs.
Additionally, to a severe hard landing inspection, the technician must contact the aircraft manufacturer for technical instructions by sending the DFDR (Digital Flight Data Recorder) data and inspection results and must obey Airbus instructions before the next flight.

If the inspection is completed and the aircraft is airworthy, the technician has to sign the performed work with his personal ID number in the Aircraft Technical Logbook to release the aircraft to service.

Do you want to know more about the DFDR? Click *here*