By SiegfriedFebruary 10, 2019Simon's facts about

The principle of an aircraft engine is the same as the one of a car engine.
* suction-compression-combustion-expansion-discharge *

The engine is divided into different sections 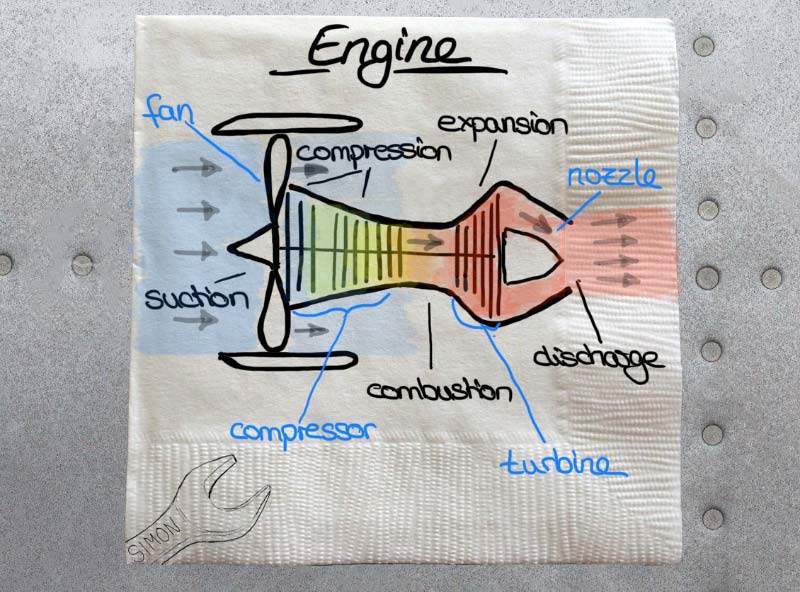 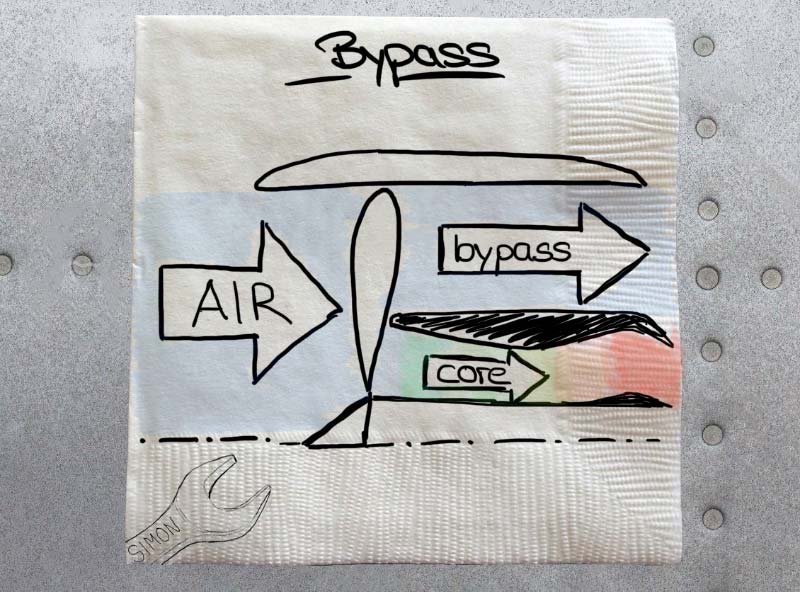 When the engine is running, the air is sucked in by the fan.
The fan or large, multi-blade ducted propeller is driven and linked by a shaft to the turbine in the exhaust stream and produces around 80% of the engine’s thrust. Behind the fan the airflow is divided in two airflows. One is the bypass also called as cold stream which is used as pure thrust and the second airflow which is going through the core engine for compression, combustion and expansion to keep the engine running. Bypass air is not only used as pure thrust, but also as reverse thrust.
The ratio between the two airflows are known as bypass-ratio.
Did you know the engine with actually the highest bypass ratio is the Pratt & Whitney PW1100G for the A320NEO with a ratio of 12:1?
A bypass ratio of 12:1 means, 12 parts of air are bypassing the core of the engine and 1 part of air is going through the core of the engine. This means that the higher the bypass ratio is, the lower the noise emission will be, which is the result of less high frequencies.

In the combustion chamber the air is mixed with fuel and ignited by igniter plugs for combustion.

The hot air explosion is directed to the high pressure and the low pressure turbine generating more thrust and rotating the turbines, which in therm are linked to the front fan and compressors.

The principle of a running aircraft engine is a continuous process of the expansion of hot air gases that turn the shafts of the turbines to accelerate the fan and compressor stages at the front for suction and compression.